History indeed repeats itself, especially when one reads through old diaries. I recently found some yellow legal sheet entries from when I first moved to Ashland in 2011. I’m finding poignancy and feeling humility that what troubled me then still challenges me now.

Ashland was such a cradle for me throughout my twenties. Lithia Park, especially, was (and is) a natural container for my wonderings, while people like Elizabeth provided (and still provides) a human foundation for laughter, tears, mistakes, apologies, fears, and celebrations. The Gnome Car, that unstoppable 1995(?) Toyota Camry that Dan, Jacqui, Eric and I traveled the west coast in, was home to silliness, grumpiness, and provided years of space to think.

I thought so much while living in Ashland. I thought about my body, I thought about music, about community, about men, women, anxiety, heartbreak, kindness, physical expression, meditation, yoga, running, relationships, writing, touring, and leaving to return to Alaska. It was like a five-year process session, working out so many little kinks and intricacies that are still part of thirty-year-old me. I look back on these entries with hindsight, curiosity, and compassion, and feel grateful I carried them with me when I drove back to Alaska two years ago.

p.s. Was meditating daily when writing the following journal entries, as the language suggests! 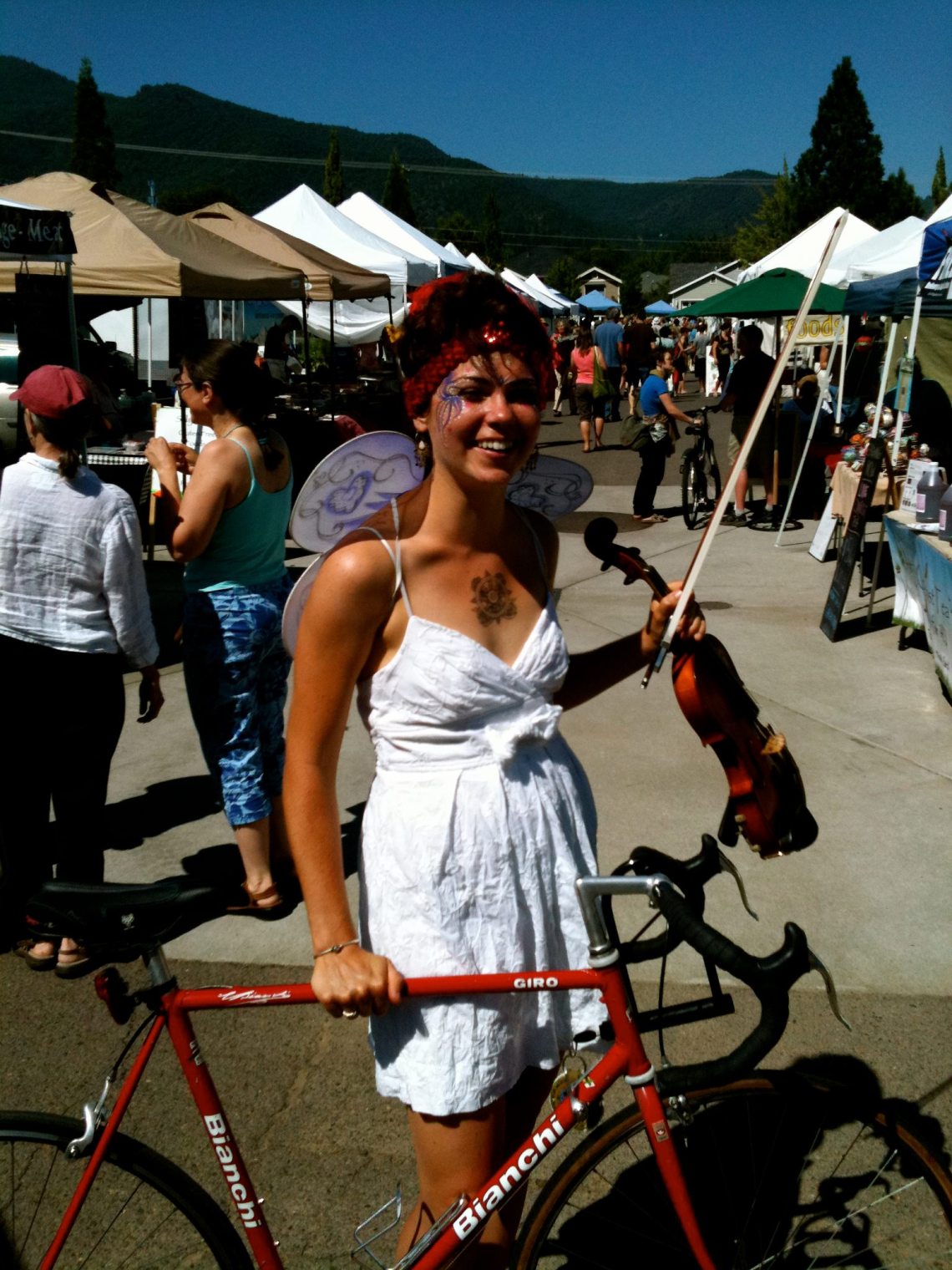 Gradual awakening. Every day, if one looks with renewed, fresh curiosity, more old habit patterns are revealed & can be allowed to dissipate like steam from the surface of a lake, bubbling up & dissipating naturally, continually. What once seemed an insurmountable obstacle, mental or physical, reveals itself as the true, impermanent sensation that it is. This often does not occur rapidly, or in one sitting, or [in] one day, but over many days, many tries, many setbacks, until one begins to emerge from the fog one was living in & sees the truth, sees the past misery. One can become quite comfortable in their misery, although this is denied & disregarded as absurd. It is quite interesting, how the ego holds on to drama, to misery, to old destructive patterns.

Although sometimes I feel as if I haven’t made much progress, it’s useful to both look back in time (days, months, years) to see true progress, gradual, silent, undetected; & to realize the usefulness of observing my difficulties as they are, appreciating their starkness. Using my realizations & awareness is a healing path.

Why would one put oneself through something as terrible & destructive as guilt, remorse, regret, shame? Where does this self-destructive quality arise from? How is it useful? Once one realizes the absolute futility of guilt & marvels at the pain it causes it is difficult to conjure up such feelings again.

It’s amazing how one “good” day leads us to jump to the conclusion that we’re making significant spiritual progress! Gradual awakening!

My mind feels like a blank slate. A pure canvas upon which thoughts are welcome to come & go but seldom mar the surface with any significant damage. Where could this peace be coming from? Freedom from old, strong, crusty cravings; freedom on the rock [by Ashland Creek]; freedom from overwhelming fears; freedom from old physical pains. It seems sometimes that my mind has discovered something or someone or somewhere that makes me happy, peaceful, makes me think, “This is it! This is what I’ve been seeking, this is the key, I’m on the path.” But really it’s no-thing, no-one, no-where that brings real peace.

I was born from love and in love with nature and music. Strong women have held my hand through beautiful and difficult times. I believe that creatively, positively affirming women can have extraordinary impacts on their moments, days, years, and lives. Thank you for reading. View all posts by posaffirmation